After taking nearly 4 years to build a 1/350 Titanic, I realized that I was not having much fun modeling. What could I do to love this hobby as much as I did when I was younger? Then I was lucky enough to meet Eric Freese and Dick Hague. They introduced me to a new style of building strictly for fun. After seeing numerous photos of fantastic looking kits built “The Old Fashioned Way”, I tried my hand at a few and I was hooked. My sincere thanks to Dick and Eric for their “therapy.” I hope you give it a try soon! – A.B.

Alan asked if I would show a FUN way to do a “classic build” kit with no frills – just basic tools and supplies right out-of-the-box, like we did in the 1960s. Sometimes we get too serious about building, and it’s easy to suck the fun out of it. Veteran modelers refer to it as “AMS”; Advanced Modelers Syndrome. Most of us have been there and done that. Remember when model building was exciting? Well, what better way to re-live that than with that old chestnut, the Monogram P-40B Tiger Shark! Let’s get into it, shall we?

Originally released in 1964 as a “Four Star” kit, it is an all-time favorite that has been released again and again. Today it can be found just about anywhere that kits

END_OF_DOCUMENT_TOKEN_TO_BE_REPLACED

Aurora released their big, 16½ inch(41.91 cm) wingspan de Havilland DH10 Amiens IIIA model in 1958 as the “De Haviland DH-10 Bomber.”  It was the 13th of 20 1/48 scale kits in their “Famous Fighters” of World War I series.  The DH10 was Aurora’s Triple Entente / Allied ‘monster’ kit, with Germany’s Gotha being the ‘monster’ representing the Central Powers.  This model represents the Amiens IIIA variant. 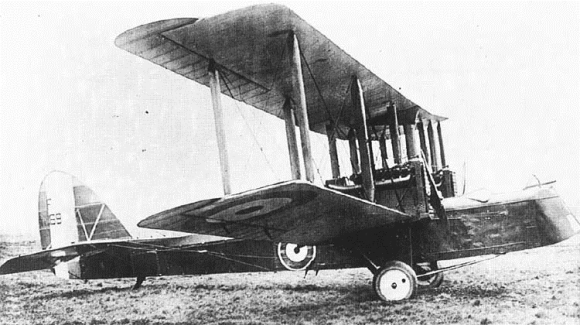 The actual DH10 was built in five variations: