Another top-quality build Dennis!  Thank you so much for the article -AB

Beginning  in 1909, almost all of the first aeroplanes that had been acquired by the US Army Signal Corps were either Wright or Curtiss “pusher” designs, with engines that were situated behind the pilot. As might be expected with this new technology, during the first five years of flight operations crashes were both frequent and too often fatal. Realizing that the location of the engine was a factor in some of the fatalities, on 25 February 1914 the Army grounded all of their remaining “pusher” aircraft, leaving them with almost no aircraft to fly.

Seeking to purchase safer aircraft, both Martin and Curtiss responded to the Army request with designs for two-seat biplane trainers with the engine and a “tractor” propeller mounted in the front of the aircraft. The Army bought three Martin Model T aircraft, which curiously enough were specified to be delivered without engines, as for reasons of economy, they wanted to re-use some of the engines that had been salvaged from crashed aircraft. Later the Army purchased an additional fourteen Martins which were to be delivered with a variety of new-built engines. And while both the Army and the Navy also later acquired a few examples of the Martin Model S floatplane which shared a common heritage with the Model T, the type has largely faded into obscurity.

END_OF_DOCUMENT_TOKEN_TO_BE_REPLACED

Dennis is an active and talented IPMS modeler in and around Kentucky.  I saw his superb build of the classic Pyro/Life-Like kit at the Cinicinatti IPMS show and he was kind enough to let me place his article on the website – AB

A relatively brief history of Armand Deperdussin and his aircraft…

Armand Deperdussin (pronounced as “depper-DUE-sin”) was born c.1860-1870 (accounts vary) in or near Liege, Belgium (or possibly in or near Paris, as again, accounts vary). He held a number of jobs a young man, including working in a pharmacy and as a traveling sales representative for a Belgian chocolate firm, and still later was a singer in a Brussels night club. In Paris in 1902, he decided to venture into business on his own; borrowing enough money to begin buying imported silk in large quantities and then re-selling it in smaller portions to Parisian dress shops at a handsome profit. Possibly aided by the threat of the loss of the silk trade from the Far East during the Russo-Japanese war of 1904-05, he quickly both amassed a fortune and simultaneously developed a real flair for extravagant spending. 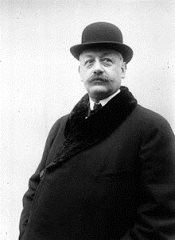 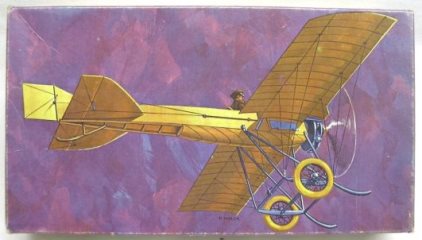 END_OF_DOCUMENT_TOKEN_TO_BE_REPLACED

Aurora’s Nieuport 28 [sic] was the eighth model of Aurora’s 20 “Famous Fighters” 1/48 World War One aircraft. It was released in 1957 with two other single-seaters and three two-holers.  The first release is kit number 108-69 with the oval logo, ‘Famous Fighters’ in the border, northern lights in the center back ground and the Parent’s Magazine seal on the lower left.  The short box sides have a yellow background.  Box art is by the famous Jo Kotula.  This was one of his earlier aircraft illustrations for Aurora.  Inside, the kit was molded in gloss light gray and black.  The mold quality was certainly a step above the earlier Aurora efforts.

The second issue was changed very little and probably came out in about 1958 or 59.  The 10 cent price increase was reflected in the new part number of 108-79 and the Parent’s Magazine logo was still included.  This time, however, the short box sides have a blue background instead of yellow.  The parts inside are identical.

END_OF_DOCUMENT_TOKEN_TO_BE_REPLACED

Aurora’s Albatross D-3 [sic] was the fourth model of Aurora’s 20 “Famous Fighters” 1/48 World War One aircraft.  It was released in 1956 with five other single-seaters. (Curiously, although Aurora released their “Sopwith Tripe” years later, it was originally numbered 100.)

The initial issue first appeared in Aurora’s 1956 Catalog and on dealer’s shelves the same year.  The kit number was 104-69.  Jim Cox did the box art and the instructions.  1956 was the first year for the large rectangular ‘Northern Lights’ logo.

Aurora rolled out a new logo in 1957.  But creating new box art was costly, so they simply modified the old art with the new oval ‘Famous Fighters’ logo with the northern lights on the inside background.  The price went up ten cents, changing the part number to 104-79.  The Parent’s Magazine seal was added at the left.   This issue was probably produced from 1957 until around 1960.