When he provided me the information for his biography and Hawk Model Company, Bill was kind enough to write a history of the phenomenal “Weird-Ohs” model kits that he developed. – AB

After reviewing some of the dangling questions voiced on the internet by people wanting to close the circle of the Weird-Ohs, I decided to write this article. I will do my best to finally resolve the Who, What and Why questions that you have articulated on your electronic cyber queries.

“Daddy”, one of the original Weird-Oh figures (Hawk Reissue)

The Weird-Ohs were produced from 1963 forward by the Hawk Model Company in Chicago, IL. Hawk is perhaps the oldest model company in the USA, dating back to 1928. My relationship with Hawk was a close one, as I was usually busy producing box artwork for them. For more information on how I met up with Hawk, please read the biography located on this website. Now I’ll head into what you really wanted to know – about the Weird-Ohs. END_OF_DOCUMENT_TOKEN_TO_BE_REPLACED

By Bill Campbell and Edited by Alan Bussie Google+ profile

Bill Campbell has had a steady and successful career in commercial artwork and marketing. In modeling circles, he is known for his 250+ box illustrations (mainly for Hawk Models) and as the creator of the eccentric and popular “Weird-Ohs” model line. In one of those random events that you can never forget, Bill contacted me by mail after hearing about the website. Always a big fan of his artwork, I expressed an interest in telling his full story and he was kind enough to furnish this information- AB

Early Years
Bill Campbell was born at Bunker Hill, Mass and his family moved to Chicago three years later. By the time he was 5 years old, he knew that he wanted to be an artist. He was fascinated by modern transportation, and this was often his theme. During his free time, he sketched and photographed the powerful locomotives at Englewood Station and the early air transports at Chicago’s Municipal Airport. He attended a number of south side primary schools and majored in Art and Music at Hyde Park High School. Hyde Park claimed two other personalities from that era – Mel Torme and Steve Allen. Bill was in a band with Mel Torme as the drummer, and knew Steve Allen from his literature class. 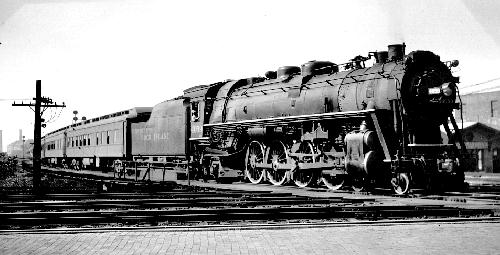 In the USA, Revell, Monogram and Aurora are synonymous with early modeling. However, the name Marusan is equally well known in Japan as the pioneer plastic kit manufacturer. The history of Marusan is not well known outside Japan. I am indebted to John Burns, numerous KCCers and Marusan for this information – without them, this article would not have been possible.

Early History
Marusan’s roots are deep in Japanese toy history. In 1923, Naokichi Ishida founded Ishida Manufacturing. The factory was located in the Asakusa area of Tokyo, which was well known for toy production. Ishida produced toy binoculars and telescopes for the domestic market. Business was good until the late 1930s when raw materials shortages and World War II brought non-necessary production to a halt. Immediately after WWII, toy production was encouraged as a way to economic growth. Metal stamping equipment was plentiful, and the flow of metals resumed as the country rebuilt.

The difficulties of post war production quickly became evident. In many large manufacturing cities, transportation beyond walking or bicycling did not exist and most large factories were heavily damaged or destroyed. Food and materials were difficult to come by and the black market flourished. It was difficult to assemble a team of workers at a factory, and it proved more difficult to keep them supplied logistically. As a result, many companies did not even assemble or finish their goods. Stamping and wood cutting would be done centrally, and painting and assembly would be sub-contracted out. Not surprisingly, this subcontracting was primarily done in residential homes. The factory would deliver the raw materials to the home, and the working members of the family would paint and assemble toys. The completed toys would be picked up and returned to the factory for boxing and distribution. It was in this challenging environment that Naokichi’s sons, Haruyasu and Minoru Ishida, with their business partner Yasuo Arai, founded Marusan in 1947. The brothers had been raised around toy manufacturing and understood the business. Initially they produced what they knew best, optical toys, and sold them wholesale only. They quickly branched out into other tin toys as well. Marusan marketed their good through several names and logos through the years, but the initial logo was based on the name itself- “Maru” means circle, and “San” means three, which refers to the three original founders in 1947.

The early success of the company lead to the formal incorporation as Marusan Shoten Ltd in 1950. END_OF_DOCUMENT_TOKEN_TO_BE_REPLACED