by: Frederick Boucher  (with kit release notes by Alan Bussie)

Welcome to the final review of the late-great Aurora Model Company series of 1/48 missiles!  “Nike Hercules Guided Missile with Launching Platform” was kitted in the late 1950s as kit 379-129.  “-129” was the MSRP of $1.29, and one got a lot of model for that.  We’ll judge this venerable kit today.

END_OF_DOCUMENT_TOKEN_TO_BE_REPLACED

There are plenty of WW I planes in my collection and plenty more to add as well.  I’ve always been amazed at the guts it took to get in a fabric and cloth covered kite and hit the throttle.  But to go into aerial COMBAT?  The flight environment was brutal enough!  Some planes were pushing miles high and hypoxia always a threat.  Temperatures were brutally cold at minus 20 or 30 degrees.  Observers sat or stood at a gunners platform in the onslaught of frigid air and faced oncoming fighters from behind a single defensive gun. 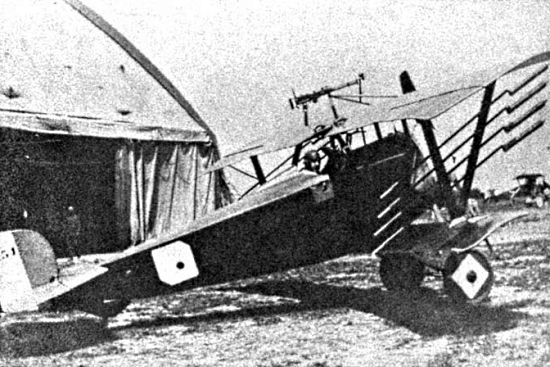 WW1 Nieuport 16 fighter with air to air rockets for attack on balloons. The pilot is Charles Chouteau Johnson (photo courtesy of  Wikipedia)

Years ago I had the rare opportunity to actually see WW I fighters “dogfighting” in the air.  Northern Virginia was, and still is, home to the Bealeton Flying Circus.  It is the last continually running, barnstorming, grass field, flying circus… apart from Cole Palen’s Old Rhinebeck in N.Y..   Among the beautiful restorations and exact replicas was a Nieuport 17.  I was in love with the beauty of this bird!  Alas, the WW I aircraft went away, replaced with Stearmans, Fleets, Wacos, Ryans and J-3 Cubs.  Years later little did I know that I would be getting my flight training in a 1929 Fleet model 9 from this same field.  I even wound working with the Flying Circus for a few years!

Just for grins, the little Aurora Nieuport 11 leapt out at me one day, with all 8 red rockets hanging from the wing struts.  I did some on-line research and was amazed at the LePrieur balloon busting