Many thanks to Carlton Shanks, John Burns and all the KCCers for their extensive research and documentation

Pyro is unique in plastic models because the subjects for kits were not selected by popularity.  Pyro was a very successful company without model kits.  Since the production of molds was subsidized by other profit centers, Pyro did not feel the extreme financial pressure that Revell and Monogram did.  The later had to produce kits that would sell immediately and in quantity so they could make loan payments and recoup their tooling expenses.

We do not know how Pyro chose their kits; perhaps Bill even had input into the process!  All we really know is that subjects were chosen based on historical significance and not sales potential.  That is why Pyro kit subjects are so unique and in so many cases are the only kit very made (or even envisioned) of such a subject.

It appears that Pyro used popular reference books and sometimes existing wooden kits in the design process.  This was not an unusual industry practice.  As Pyro started making more detailed kits for more advanced modelers, they began to study the actual subjects when available – especially for automobile kits.  This yielded some excellent models for that time.

END_OF_DOCUMENT_TOKEN_TO_BE_REPLACED

In the first edition, credit was given to one man for the first modern injection molding machine.  This may or may not be true; evidence gathered over the last 3 years paints a more complicated picture. This revision is not an effort to take credit away from anyone but to give it where due.

I would like to thank artist and friend Michael Boss, Peter van Lune, Marsha Frantisak and the “Industry Watch” article cited below.  Without these sources this article would not be possible.  Marsha is niece of William Lester and granddaughter of Nathan Lester.  Please note that any photos without credits are from the internet.  If you did not receive credit or if any of these photos are copyrighted, please contact me for credit or removal.  Thank you-AB

Pyro is not the most famous of the US plastic model companies.  Die-hard collectors know the name well, but even fewer are aware that Pyro’s founder, William Lester, was an entrepreneur, innovator and inventor.  Furthermore, William learned molding from his father, Nathan Lester.  Both of these men had a hand in inventing the modern plastic injection molding machine, which completely revolutionized American plastics manufacturing.  Some details are lost to history but enough is known to create a rough portrait. 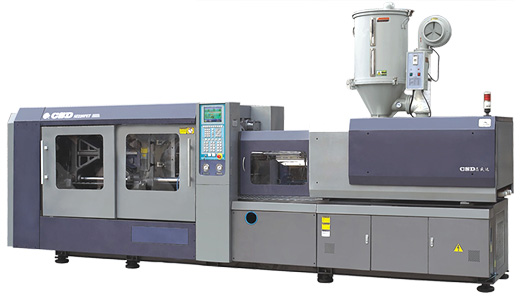 William’s father, Nathan Lester, was born in 1884 in Minsk, Russia and immigrated in 1905.  Bill’s mother, Mrs. Gussie Lester, was also born in Russia in 1884.  We do not know much else about his youth, but Nathan was a brilliant man and entrepreneur who reached the top of his industry.  He owned Lester Die & Machine Company of Cleveland (1920s to ?, referred to as ‘Lester Tool’ later), Lester-Phoenix Die Casting Machines in Cleveland (30s/40s+), one of the leading die-cast companies in the USA.  At least one trade catalog (dated 1941) of Lester-Phoenix Die has survived.  He also owned Lester Engineering and held numerous patents.  This is a small sample:

In the book “The Story of New Jersey(1945),” Nathan is credited as being one of the “leading die casters in the United States” and heading a company (identified later as Lester-Phoenix) which “…builds die casting machines and different types of plastic moulding machines.”   Paul Orban, the second engineer hired by Lester Engineering (and later chief engineer) said that “He was a pleasant man to work with, a chain smoker, and he paced like a lion in a cage in the engineering department.  He was cordial and honest. Nathan was originally a tool-and-die maker. He worked for Reed before starting his own company.”

Nathan’s son, William Morris Lester, was born in Brooklyn, New York on Jan. 14, 1908. He attended Brooklyn public schools and graduated high school in Worchester, MA in 1904.  His father’s business impacted him early; William was still in school when he started designing molds and casting machines.  After high school he enrolled in Worcester Polytechnic Institute.  He graduated in 1928 with a BS in Mechanical Engineering and extensive background experience in die casting machines and mold design. 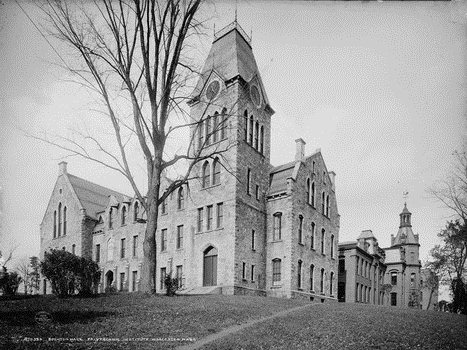 His first job was Developmental Engineer for Precision Castings Co., Syracuse, NY.   After almost three years, his entrepreneurial spirit prompted him to leave in 1930/31.  Bill went to his father’s shop, Lester Tool and Die Company, and Bill’s first job was Chief Engineer. Bill did own stock in Lester Tool, but it is unknown if he bought the stock before or after he became an employee.  Bill designed molds and die casting machines for Lester, and Reed-Prentice Company manufactured the machines under license.  Bill increased the efficiency of mold making through numerous improvements and attachments for tool- room equipment.  He received several patents for these innovations in pressure and die casting equipment.  Given the early dates (from the 1920) of Nathan’s patents and his leadership in the field, his son certainly learned the practical engineering and the business sides from his father.  Bill worked about four years at Lester Tool.   As we will see, he was a very fast study.