Editors Note: I came across this article tucked inside an old Revell Electra kit. It tells the history of one of Revell’s rare and more desirable model kits as well as shedding light on mold modification. The photos have been added. I do not know the original publication source, although it may have been an IPMS magazine. Enjoy – Alan Bussie  Google+ profile

When Lockheed unveiled their model 188 Turboprop Electra airliner, it was heralded as ‘s entry into the jet age and was certainly destined to be an aviation classic. Among those enticed by Lockheed’s promotion was Revell, Inc. of , a small company which was known to dabble in plastic models on occasion. With boundless enthusiasm plus the blessings of Lockheed and American Airlines, Revell set about producing a 1/x scale model of the fabled Electra. 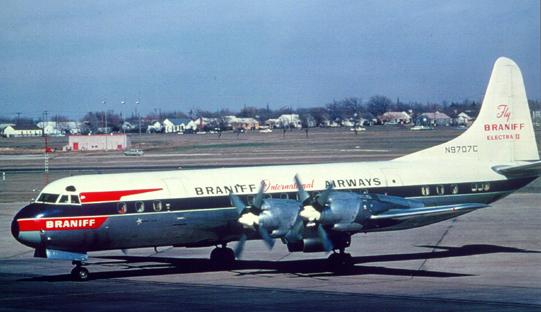 Alas, shortly after this fantastic model began to grace the shelves of hobby shops, the airliner itself displayed a rather undesirable characteristic; that of shedding it’s wings while in flight. This flaw, plus the advent of the pure-jet 707, spelled an abrupt end to the Electra’s popularity. Sales of the model fell off just as rapidly.

The cost of producing a plastic kit mold is in the tens of thousands of dollars. If a mold is not being run, it is costing the company money. Therefore, if some sort of conversion could make the mold into a revenue-producer, it is just good business to change it. Thus, with the Navy’s success in adapting the Electra to the Orion, Revell’s Electra mold became a candidate for a similar operation.

As a model, the Electra was not an outstanding seller. Very rarely are duplicate molds made of plastic kits. Duplications are made only if the model has a very long production life, which the Electra didn’t. Therefore, only one Electra mold was ever made…rumors to the contrary are totally unfounded.

In the fall of 1963, a decision was made by the Revell management to convert the unused Electra mold into a P-3A Orion. Some conversions are made in which new parts are substituted for old. These can be used interchangeably and both types of models can be produced alternately. As an example, the Revell Super G Constellation is interchangeable with the WV-2 Warning Star; either model can be made from this mold simply by replacing the window inserts and opening the runners to the radomes. Another convertible mold is the 707 / KC-135 / C-135B. These three planes are made by using different inserts in the mold. Most of the parts are common, but there are two complete fuselage inserts in this tool.

The first issue of the Super G Constellation in Eastern Airlines colors, the “S” kit H245-98 from the late 1950s

Now, back to the Electra. Because of it’s poor sales record, there was little likelihood that the model would ever be in demand. Oh, yes, there was the Dodger Electra, but even the Dodgers had acquired a 707 by then, so that market was gone. As a result, it was determined that the Electra mold was expendable. It still cost a bundle to make new parts for even a portion of a mold. It is much less expensive if you can alter existing pieces, and that is exactly what happened to the Electra.

The famous and rare Dodgers Electra, kit HD-255. This kit was only available through the LA Dodger’s marketing arm

The nose and tail of the Electra fuselage cavities were cut off and discarded. The rectangular windows were ground out of the remaining parts and four oval bulged windows were added. Take a close look at the Orion fuselage and you can see the little ripples where the windows used to be. Look inside and you can see the scar where the new nose was installed. If you are one of the fortunate few who still own an Electra kit, compare some of the tool marks on the inside of the fuselage and you will see that they are indeed the same. The fuel dumps and weapons pylons were added to the wings and the stabilizers were cut out to accept the MAD stinger to complete the transformation. The Electra mold had ceased to exist.

The fact of the matter is that there has never been a second Electra mold and the original is irrevocably altered into the Orion. How do I know all this? I was there and helped perform the dastardly deed! Alas, poor Electra, well I knew her. May she rest in peace. Little did we know that she would come back to haunt us.

O.K. guys. The story you have read it true, nothing has been changed to protect anyone, so please don’t hound Revell about reissuing the Electra…it just can’t be done!